Come and sense, be mesmerized and surprised and dare to touch the soft sheep wool. We see images of a day in the life of a sheep. It dreams, jumps, eats, gets scared, dives, poops and enjoys the stars, the sun and the rain.
read more 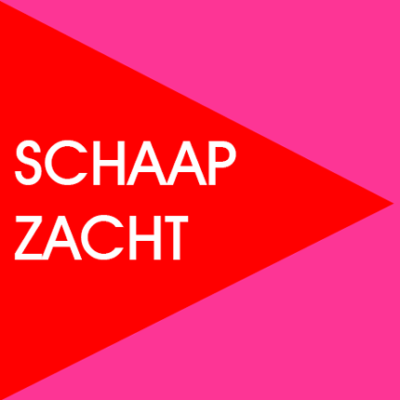 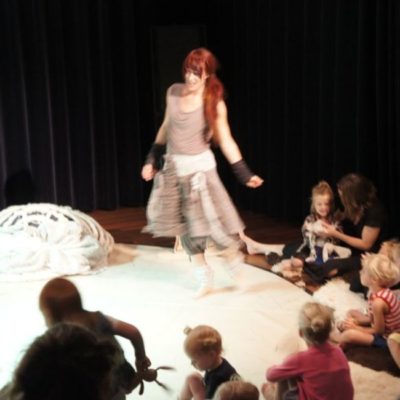 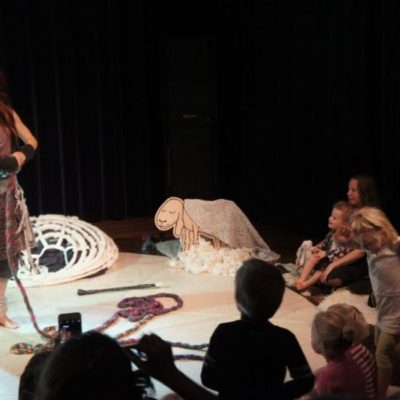 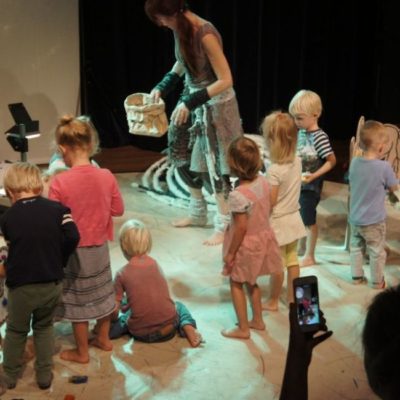 SHEEP SOFTLY is a dance and experience performance for children between 2 and 5 years. The kids get a chance to actively participate. The dancer uses dance, design, music and overhead projection. This projection can be imagined as a living story book in a special metaphorical language. The audience is invited to come and experience, feel and even participate. SHEEP SOFTLY stimulates the chuildren to open up all their senses and rediscover the world over and over again.

The driving force of the Rotterdam dance theater company Rauher Engel is Dagmar Chittka. Dagmar’s performances have a very specific character with physical intensity, lyrical images and absurd elements. They are just like Dagmar herself, refreshing and querulent and always curious about the world around her. Previously, rauher engel made the performances About the plain ordinary day that Mol was surprised by Minne Minstreel, Home is where the heart is and Who Wa White.

DIP YOUR LITTLE FEET IN WOOL

Since children nowadays no longer know that milk comes from a cow, it is a good thing that Dagmar Chittka from Rauher Engel tells them that wool is first attached to a sheep before it becomes a sweater. The toddlers that come to watch the performance get to lie on fur, dress up sheep and touch wool.

At the beginning of Sheep Softly the children are warmly welcomed to the round playground. There’s a cozy blanket on the floor – some of the toddlers immediately crawl under it – around it are sheepskins, long scarfs and balls of wool, that will come into play later on. A pleasant, slightly animalistic scent rises from the runway.

Dagmar Chittka is wrapped in variously processed wool which makes her look like a little sheep herself. She makes wide gestures and spins around and climbs into the frame of a crinoline dress draped with wool, a beautiful object that gives a dancer a lot to do with. It can serve as a circle or a tent. The atmospheric images from the overhead projector are accompanied by heavenly, dreamy and funny music which often contains unexpected sounds. Who is responsible for that, is not mentioned on the flyer.

Without words (well, for a moment she sings the inevitable Schaapje, schaapje, heb je witte wol) the dancer invites the toddlers to touch the wool, walk on it or collect strands to stick them to the Velcro on the wooden sheep made by Wim Schermer. Sheep don’t only have white wool. After an intense rain which makes the sheep need diving goggles, the sun starts to shine again and a rainbow appears and projects its colors onto the animals.

Sheep Softly  is a performance for children from age two made by Rauher Engel. The main angel of the company is Chittka who previously made eccentric dance performances with Lieber Gorilla. She started to delve into cranio sacral therapy which requires a certain sensitivity, and now addresses a very young audience, inviting them to get aquainted with sheep clothing in all its manifestations. They are very willing to go along. At the end of the performance, the toddlers are all engaged in their own way. Sheep Softly is not only an ode to the sheep but also a feast of the art of knitting.

Sheep Softly is an imaginative (dance) performance that invites children to experience and sense but first and foremost participate.

Dagmar Chittka (of Rauher Engel) welcomes the small children outside of the auditorium and has them put their shoes on a little grass carpet one by one. Together they enter the auditorium and the children may sit down around, on or under a big woolen blanket. Music starts to play and we get to witness the day in the life of a sheep. Chittka dances into the frame of a woolen crinoline dress. And there are more textiles and knittings, among others a long thick scarf.

The blanket is pushed aside and a bright green strand of wool serves as feed for wooden sheep. The bald sheep gets a knitted blanket put on and when the rain is over, a rainbow appears and all the wool becomes colorful.

These are only a few examples from the performance Sheep Softly. There’s always something new without overdoing it. It’s a quiet performance, but the power lies in the interaction and the emphasis is on the experience itself. Without words,

Chittka includes everyone. The children are invited to touch pieces of wool, attach colorful strands to the wooden sheep and help unravel the long scarf. Each child receives attention and they all want to participate.

At the end of ‘Sheep Softly’, the children are spread all over the space, participating in different activities. They follow each other on a path of wool and put strands of wool onto the sheep. Finally, Chittka accompanies the children back to their shoes, all of them an experience richer.

Münster. The auditorium looks like a  walk-in music box. All around the stage are benches covered with cozy sheepskin rugs. An overhead projector draws stars onto the walls and one can hear soft music playing. A female dancer in a gray suit and a woollen crinoline dress walks towards the audience with closed eyes, spins around, slowly lowers herself to the floor and pulls the large garment over her head. This protecting shell is a perfect sleeping place.

which premiered in the theater ‚Meerwiese‘, provides the opportunity for the very small ones (two years and older) to experience theater for the first time in a gentle manner. The director Danielle Ana Füglistaller has put on stage familiar elements in clear images, while we hear bird sounds in the background, the sun is rising and cute wooden sheep appear, as well as projections on stage.

Dagmar Chittka brings them to life: Sometimes she dribbles ahead, then devours some greens or shakes her buttocks. One of the animals in the sheep flock has already been sheared. The performer collects the wool from the floor, hands it to the audience and lets the children touch, press and smell it.

A thunderstorm approaches and a lake is starting to form. Chittka imitates swimming motions, paddles on her back or pushes away the imaginary water.

A choreography that is comprehensible for very small kids. At the end, the kids are invited to participate, ripple the thick scarf, drape the sheep figures with colourful wool or follow the dancer on a path of wool. A dance performance that approaches the material wool in an inspiring way and afterwards continues as free play in the foyer of the theater which probably will be continued in many children’s rooms.

Who Wa White Deep under the Sea